The Faith & Vision of Virginia Dwan

Recently, we had the privilege of working with the National Gallery of Art in Washington, DC for the realization of “Los Angeles to New York: Dwan Gallery, 1959-1971”. This important exhibit highlights the vision of maverick art patron, collector and gallery owner Virginia Dwan and is currently on view at LACMA until September 10, 2017.

Carl Andre, Log Piece (detail), 1968, with an image of Virginia Dwan in one of her galleries.

Virginia Dwan was a force in the international art scene at the middle of the last century.  Not even the Richter scale can properly measure the impact Dwan made in supporting self-defined “Land Artists” like Carl Andre, Walter De Maria, Michael Heizer, Robert Morris, and Robert Smithson. 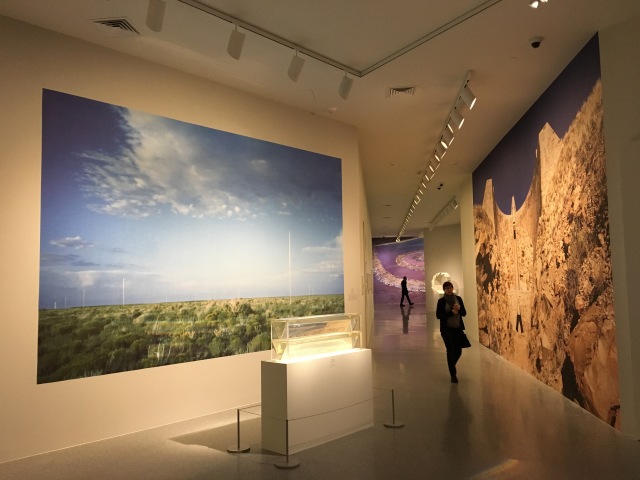 Land Art, also known as Earth Art, was a radical new medium which Dwan —a true visionary— backed.   The works, often monumental in size, commented on social issues while expanding or rejecting the normal setting of the gallery for the viewing of art. With the earth, sky, and sea as their canvas, the land artists made works no wall could hold. 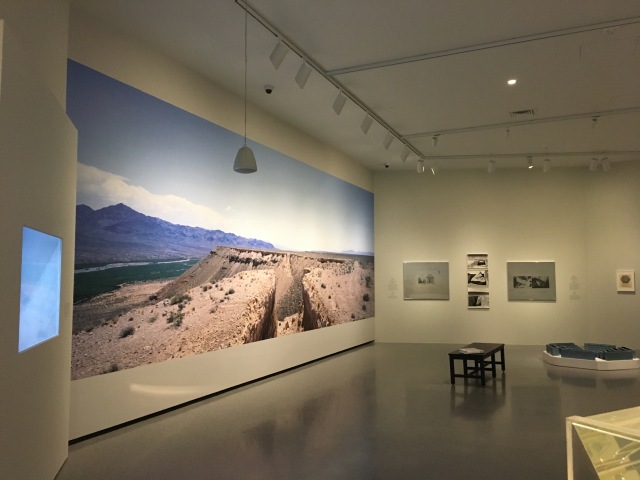 Our task was to create murals measuring up to an incredible 32’ in length from an original 35mm color negative and panoramic transparency on 120 film.  The nature of the work put an extreme demand on both image quality and level of detail  —calling for specialized equipment and state-of-the art digital imaging techniques to create file sizes exceeding 1GB for continuously printed murals.

Michael Heizer’s Double Negative, 1969, as viewed in the National Gallery in 2017.

Normally, images of this size would require the observer to stand a certain number of feet away in order to view the image properly.  We wanted to give the observer the ability to walk into the works and experience their awe-inspiring immensity without having the overall effect destroyed by perceiving the pixels often found in murals of this size today.  Our goal to provide the analog quality of film grain, albeit via a digital image, also serves as a reminder of Dwan’s fundamental belief in the Land Artists.  In large part, it was her faith in their vision that allows us to enjoy these groundbreaking works without question today.

Founded in Chicago in 1976 by Doug Munson and Joel Snyder, CAW moved to the Berkshire Hills of western Massachusetts in 1982. The Chicago Albumen Works puts decades of experience to work for some of the finest collections from around the world. A combination of technical expertise and historical perspective, operating in a controlled, conservation environment, directs our solutions to the diverse challenges presented by photograph collections. At CAW, the synergy of technical understanding, a conservator’s approach, an artist’s eye and a historian’s perspective creates a unique, productive, and collegial environment.
View all posts by albumenworks →
This entry was posted in Digital Imaging, Fine Art Reproduction, Uncategorized and tagged earth works, land art. Bookmark the permalink.